Irit Lillian, a senior diplomat who played a key role in Israeli-Turkish reconciliation, will be the next ambassador to Turkey, the Foreign Ministry announced Monday.

Lillian has served as Israel’s Chargé d’Affaires in Ankara since February 2021, during which time the two sides moved slowly to restore full diplomatic relations.

There has not been an ambassador in the country since 2018, when Turkey recalled its ambassador and asked Israel to leave in protest at Israel’s response to the Gaza border riots, in which dozens Palestinians were killed.

Last month, the two sides announced that they would restore full diplomatic relations after two years of gradual rapprochement, which has noticeably accelerated this year with mutual visits by senior officials.

“From the start, it was clear that we were putting in place a process in which we agreed to disagree,” Lillian – who previously served as Israel’s ambassador to Bulgaria and also acting ambassador to Australia – told The Times of Israel during an interview in August.

“We are entering into appropriate and positive bilateral relations which have a wide range of activities, but we know that there are points on which we do not agree,” she said. “We know we’re not going to a perfect marriage.”

Lillian’s appointment must now be approved by the government and – because the country is run by a caretaker government – ​​by Israel’s attorney general.

Prime Minister Yair Lapid is due to meet Turkish leader Recep Tayyip Erdogan on the sidelines of the United Nations General Assembly in New York on Tuesday.

Lapid will fly to New York on Monday evening and address the assembly on Thursday, his office said.

Lapid visited Ankara as foreign minister in June, where he met his Turkish counterpart Mevlut Cavusoglu. After the high-level talks aimed at cementing the countries’ rapprochement, Lapid hailed security cooperation with Turkey to help foil an Iranian plot to kidnap or kill Israeli nationals in Istanbul.

Israel was a longtime regional ally of Turkey, before a 2010 commando raid on the Gaza-bound Mavi Marmara, part of an anti-blockade flotilla, killed 10 Turkish militants in a violent melee after attacking Israeli soldiers who boarded the ship. .

Despite an official apology from then-Prime Minister Benjamin Netanyahu, Erdogan maintained his rage, accusing the Jewish state of “keeping Hitler’s spirit alive” during Operation Defensive Shield in July 2014 and the calling it a “terrorist state”.

Relations improved somewhat afterward, but both countries withdrew their ambassadors after Erdogan in 2018 leveled charges of ‘state terrorism’ and ‘genocide’ against Israel when dozens of Palestinians were killed. killed in riots in Gaza in May that year, after then-US President Donald Trump controversially moved the US Embassy from Tel Aviv to Jerusalem. 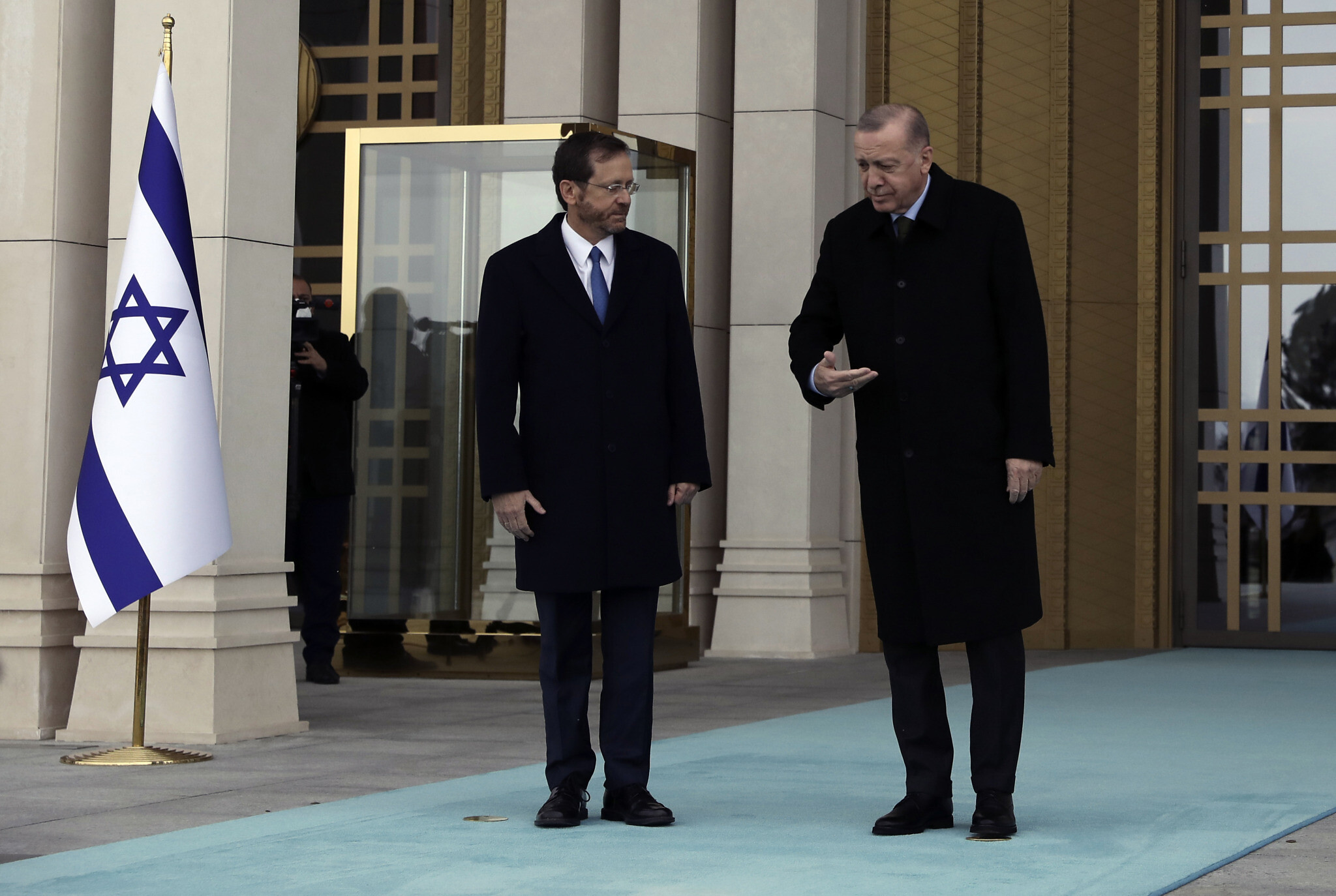 Amid diplomatic signals this year that Erdogan was seeking detente with Israel, President Isaac Herzog visited Ankara on an official trip in March and was greeted in the capital by a full military motorcade.

Turkey’s currency has plummeted in recent years, leaving Turkey in economic turmoil with elections scheduled for 2023.

Agencies contributed to this report.

You are a dedicated reader

We’re really glad you read X Articles from The Times of Israel over the past month.

That’s why we started The Times of Israel ten years ago – to provide discerning readers like you with must-read coverage of Israel and the Jewish world.

So now we have a request. Unlike other media, we don’t have a paywall in place. But since the journalism we do is expensive, we invite readers to whom The Times of Israel has become important to support our work by joining The Times of Israel community.

For just $6 a month, you can help support our quality journalism while benefiting from The Times of Israel WITHOUT ADVERTISINGas well as access Exclusive content only available to members of the Times of Israel community.

Thanks,
David Horovitz, founding editor of The Times of Israel

(journalist) – This story has been updated with new developments. Ukrainian refugees fleeing the Russian invasion are beginning to arrive in neighboring countries, many of them traveling on foot. Reuters reports that normally quiet border crossings in Poland, Hungary and Slovakia are seeing increasing numbers of Ukrainians, and those countries are bracing for the […]

Here are the countries where abortion is legal

With Friday’s Supreme Court ruling overturning Roe v. Wade, the United States has joined only three other countries – El Salvador, Nicaragua and Poland – which have canceled the right to abortion since 1994, according to the Center for Reproductive Rights. The big picture: Nearly 60 countries have liberalized their abortion laws – although some […]

The land is ours to till, not waste. Ours to man not maim – Niyi Osundare. Nations around the world celebrated World Environment Day yesterday to raise awareness of deteriorating environmental conditions and encourage people to take positive environmental action globally to help create a better future. This year’s theme was “One Earth”, and one […]